How to choose the right cover for a European holiday

Each country in Europe has different healthcare systems, EHIC rules and crime rates. And with Brexit negotiations in full swing, you could easily be confused about if you need travel insurance in Europe!

So here’s the simple answer: yes you do.

Travelling uninsured becomes an especially unattractive proposition, when you compare the relatively low cost of travel insurance with the potentially high price of medical claims.

Foreign and Commonwealth Office (FCO) research shows that people spend an average of £12 on sweets and magazines at the airport.

To put that figure into perspective, it is more than the £11.77* it could cost to cover a 50-year-old travelling to France for 2 weeks with AllClear.

Dr Harikrishna Patel from AllClear says: “There are many factors used in calculating the price of a policy. These include cover levels, destination, policy length, duration of travel, age and the number and severity of medical conditions. All of these factors impact the likelihood of a claim arising and the potential cost of that claim.”

Read on for facts about holiday claims, what the EHIC really covers you for, and tips on getting travel insurance for each country!

The facts about accidents and injuries abroad

For all trips abroad an estimated 24% of British people head off with no travel insurance.

This is despite figures from the FCO’s British Behaviour Abroad report hammering home why cover is so vital:

Of course most of us will enjoy memorable, incident-free holidays. But the statistics don’t lie… and slips, falls, food poisoning and crime can impact thousands of British holidays every year. The distress this causes is compounded for those who have no insurance.

The majority of us (78%) admit that we could not afford a £10,000 hospital bill for ourselves or a loved one, and almost half of us (48 %) don’t even realise that we could be liable to pay all our medical bills abroad without adequate insurance. Other common misconceptions include a belief that the UK government will pay directly for any treatment abroad.

What about the EHIC?

The reality is that the EHIC card will cover you for basic, short term, state health care. But there are exclusions and the FCO and Association of British Insurers stress that it is NOT an alternative to health insurance.

The EHIC will not cover services such as private health care, the cost of mountain rescue in ski resorts or lost and stolen property. It is also invalid on cruises.

Repatriation flights to bring sick or injured people home are eye-wateringly expensive. An air ambulance from Majorca to Britain, for example, can cost as much as £25,000. EHIC will not cover that. The right insurance policy will.

Other typical costs include:

But what about when Britain leaves the European Union?

Brexit secretary David Davis, recently addressed whether UK citizens in the EU will be able to use their EHIC after the UK leaves the EU.

The verdict: If you’re already living in another EU country on the day the UK leaves the bloc, your EHIC will continue to work.

Chris Rolland, CEO of AllClear, revealed: “It is not yet confirmed if Britain will continue to be a part of the EHIC scheme following Brexit.

“If negotiations don’t go to plan, however, it could well increase premiums for lower-cost travel insurance policies, as they can often rely on customers holding an EHIC card and where the traveller has to use a state-run hospital. Standards for these across Europe can vary greatly and are often below the standards of the NHS in the UK.”

So what should your travel insurance cover you for?

The most important thing with travel insurance is that it will give you peace of mind.

Consider these benefits for your travel insurance for Europe:

Travel insurance for Europe, by country 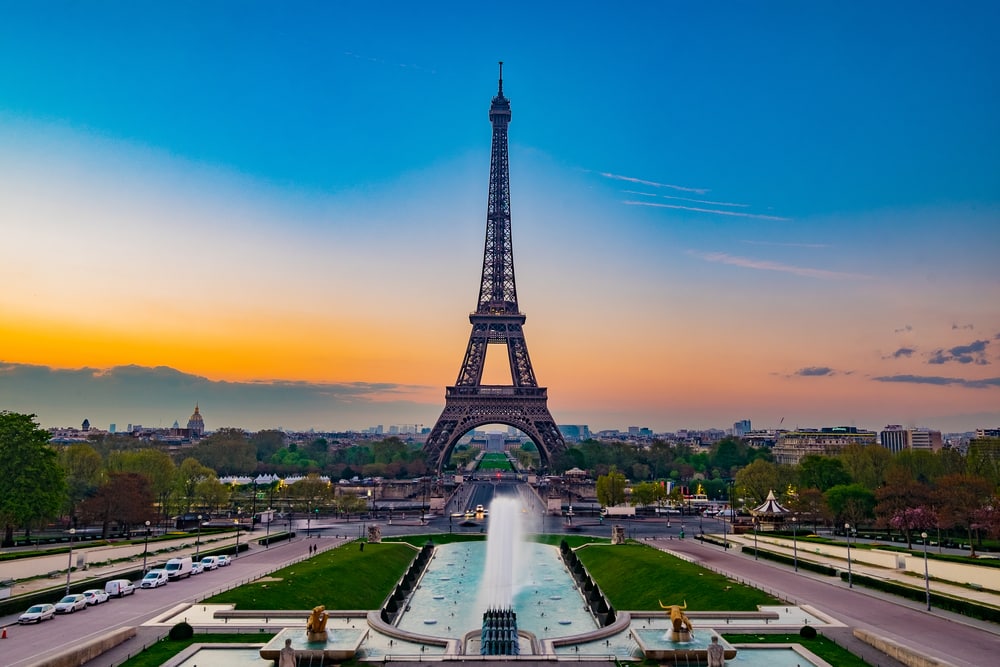 We love France and 17 million of us visit every year. Yet the Foreign Office flags the country as a terrorism hot-spot following a string of well-publicised attacks.

It is worth noting that most travel insurance providers do not cover terrorism as standard, but will provide some cover on an event-by-event basis.

If you are venturing into France’s mountains to hike or ski, make sure your insurance still covers you for these activities. Including medical costs, mountain rescue, helicopter evacuation and repatriation flights home. In Savoie and Haute-Savoie departments, also check you’re covered for transfer to Switzerland for treatment.

France has an excellent state health care system, but there are charges, and uninsured travellers could be in for a shock if they need a doctor or dentist. You would need to pay them directly, and can claim back around 70% of the standard cost of treatment using your EHIC. 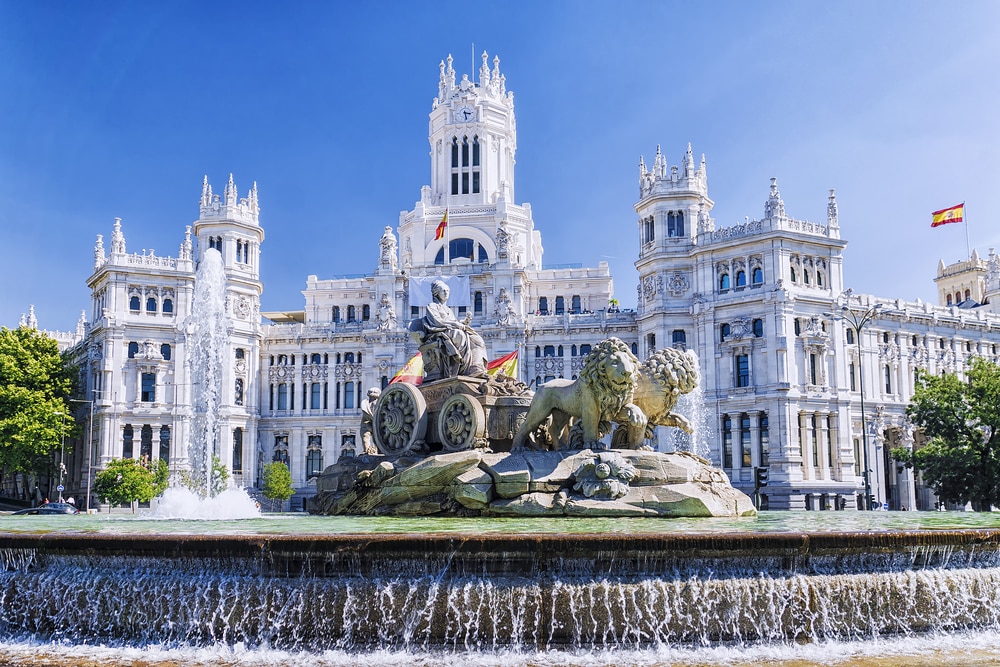 More than 12 million of us visit Spain every year, so it’s hardly surprising that it also claims the record for the highest number of Brits being hospitalised – 675 in 2013/14 – and consular assistance cases (5,283).

It is also worth noting that holiday accommodation burglaries are up, as well as a rising trend afflicting mainly younger Brits: falls from hotel and apartment balconies. The majority of victims were reportedly under the influence of drink or drugs.

The EHIC covers basic health care in Spain for what is defined as ‘medically necessary’ treatment, to the same extent as Spanish nationals. But the Foreign Office warns that many services which the NHS provides free here may well incur a charge in Spain.

To make sure you end up at the appropriate hospital, remember to call the emergency medical assistance team of your travel insurance as soon as possible.

To report a crime, visit the nearest Policia Nacional, regional police or Guardia Civil Station to file a report. There is an English-speaking police line on +34 90 210 2112. You must keep the police report for insurance purposes or to apply for an emergency travel document from the nearest British Consulate. 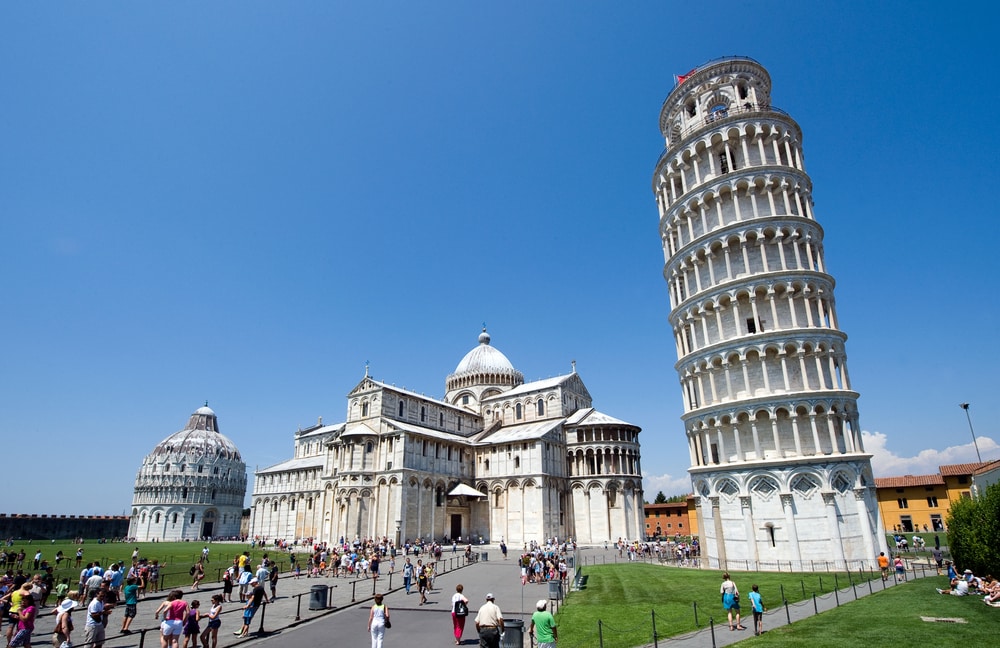 Italy welcomes 3 million of us every year and overall crime is low. But petty crime, including bag snatches and pick-pocketing, is a problem in cities such as Rome, particularly around Termini station. Be vigilant on trains to and from airports, and when driving around the larger cities. If you are unlucky and any of your property is stolen, check your travel insurance for how you need to make a claim. Some policies will require you to have filed a police report, for example.

As always but more so than some of the countries on this list, there’s is no guarantee that all emergency services and doctors will speak English. Take a note of useful Italian phrases for emergencies and doctors appointments and make sure your travel insurance includes a language translator – as is the case with AllClear. 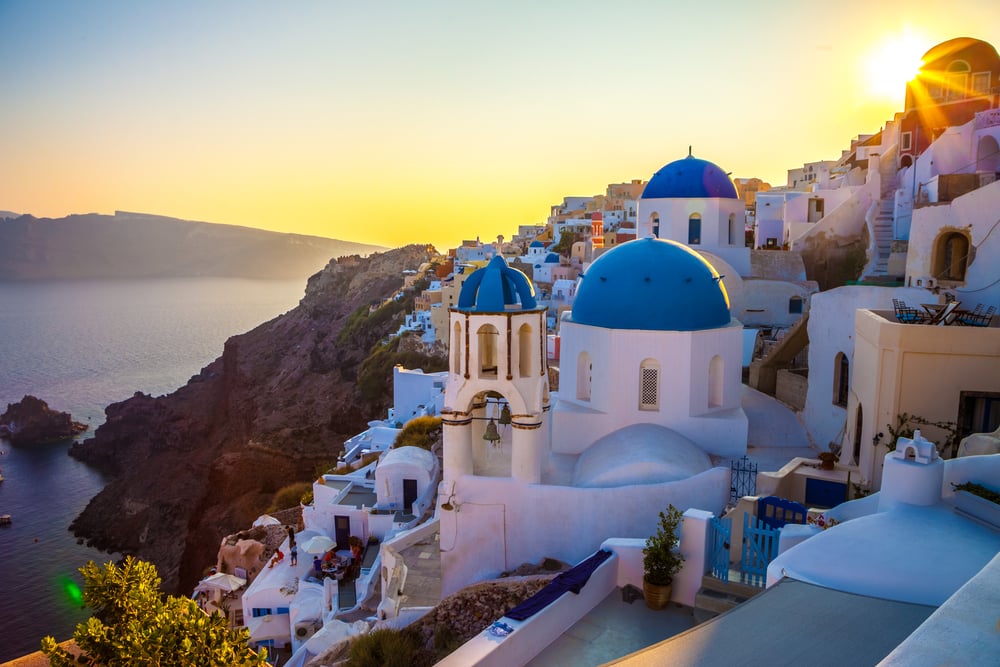 3 million Brits visit Greece every year, with many of us heading to popular resorts on the islands.

The number of migrants and refugees arriving on Greek islands, including Lesvos, Kos and Samos, has declined and, according to the FCO, there are no reports of any specific risks to Brits visiting these islands.

In Athens, demonstrations around major squares are frequent, in particular Syntagma Square. You might want to consider getting travel insurance which covers civil unrest.

Crash helmets are mandatory on scooters, mopeds and motorbikes and failure to wear one could invalidate your travel insurance.

The EHIC provides access to the Greek state health care system, but that has been under strain in recent years due to the state of the Greek economy. The gulf between state and private facilities is more pronounced here.

The Greek emergency services number is 112. 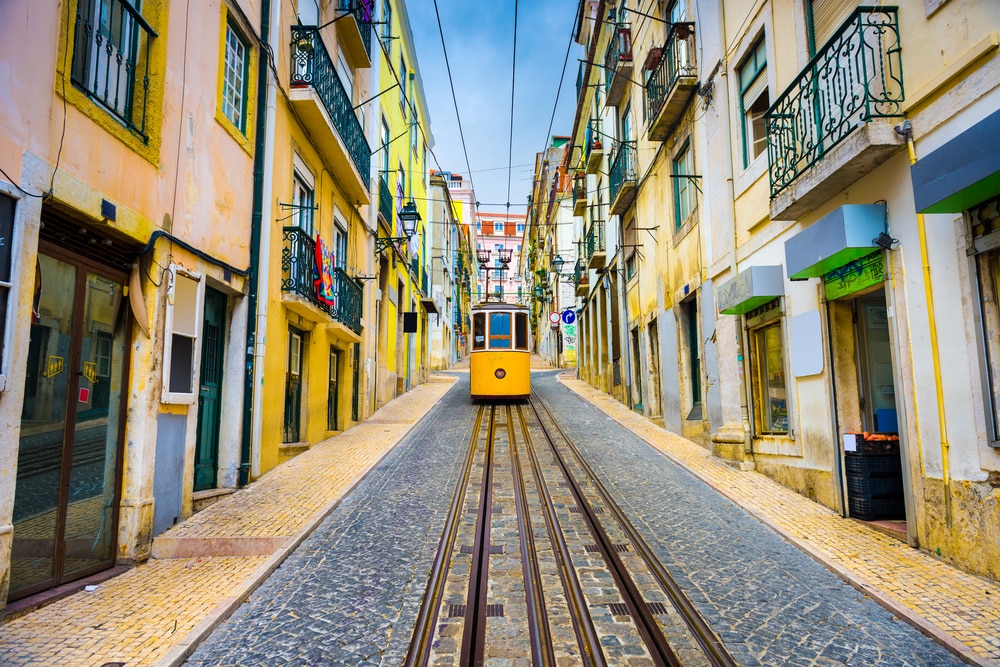 State-provided healthcare in Portugal is generally free of charge but can require a patient contribution, even with your EHIC, so another reminder of the importance of travel insurance.

Also, remember that in rural areas or islands, you may have to travel some distance to find a state healthcare provider. In such situations, this is when the  emergency telephone number of your travel insurance can be extremely beneficial. They will be able arrange treatment to the nearest hospital for which you are covered for.

If you need to call the local emergency services, call 112, and the person taking your call should be able to speak to you in English.

If you are trying to find the nearest state health centre is is known in Portuguese as ‘centro de saúde.’

Crime is low with pickpocketing, handbag snatches and theft from cars and holiday properties the main problem in tourist areas.

Deaths by drowning occur every year on Portuguese beaches and in swimming pools, so take note of the maritime police’s warning flags. 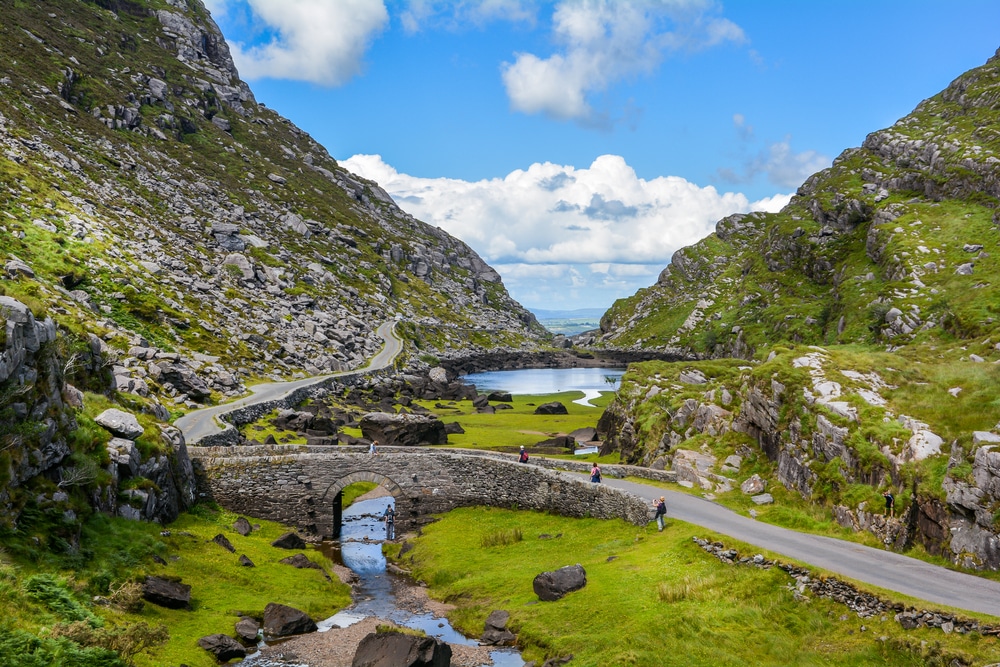 Ireland is a a home from home for many of the 2.5 million annual British visitors.

Which helps explain why the UK and Irish authorities have an agreement for UK residents not to need their European Health Insurance Card (EHIC) to access healthcare services – if they’re on a temporary stay.

Instead you can simply show proof that you are ordinarily a resident in the UK, such as by providing a driving licence or passport.

However, don’t forget travel insurance can still be useful to claim for cancellation, curtailment or repatriation of your trip.

If you are a victim of crime Irish police, The Garda Síochána, may call in The Irish Tourist Assistance Service (ITAS) to provide advice and support. They can even arrange accommodation and transport in an emergency. 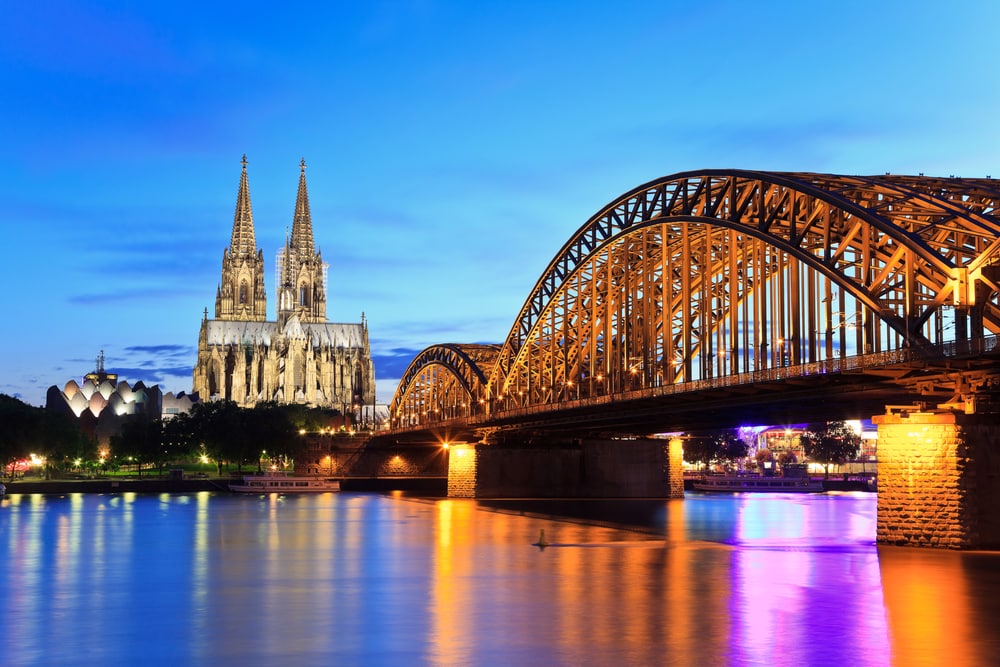 The terrorism risk is again flagged up by the FCO for the estimated two million annual British visitors. Yet in general crime levels are similar to the UK.

Take a note of these useful German phrases for emergencies and once again consider travel insurance with a language translator.

If you need to contact the emergency services, call 112.

There are strict regulations about how much and what kind of medications can be imported into Germany. You can view the German customs page for more information. 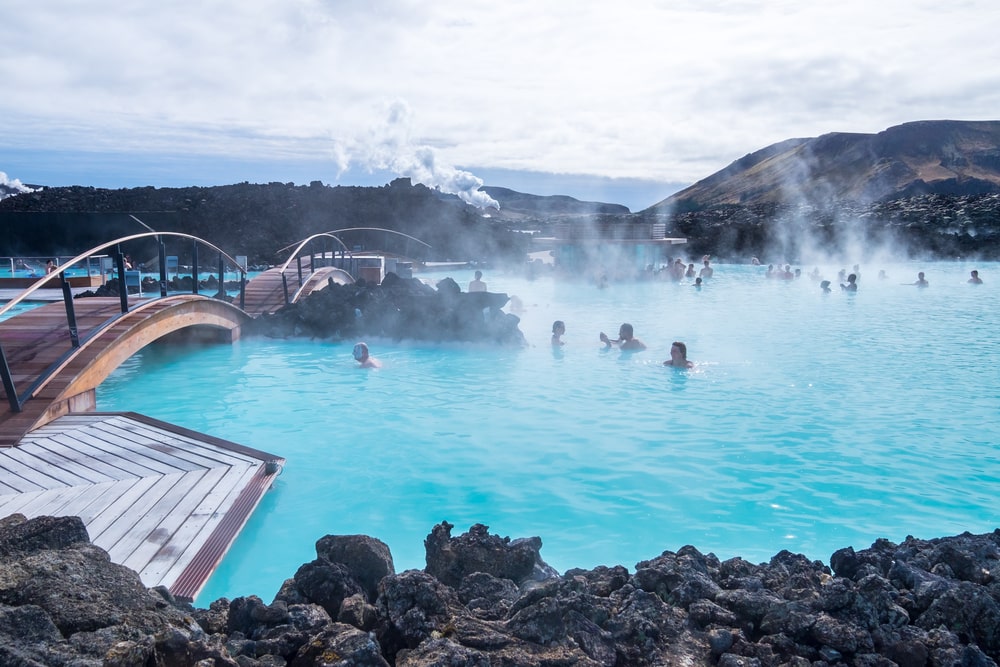 Mother nature is a bigger threat than crime to the 316,000 British visitors to Iceland each year.

The island is volcanically and seismically active. And in 2017 a yellow warning was issued for Öræfajökull, the volcanic glacier in southeast Iceland, indicating higher than normal levels of volcanic activity.

So, you might want to make sure you’re covered for natural disasters! Often this isn’t included as standard on travel insurance.

Call 112 for the emergency services, download the 112 Iceland app, and leave your travel plans with the Safe Travel website.

Travelling with peace of mind

Although some of the above warnings and statistics may read a little scary… travelling to Europe needn’t be a concern.

Now that you know what to look our for, all you need is the right cover for peace of mind.

We hope to help you travel again soon!

*Price is correct at the time of publishing. Based on 1 person aged 50 travelling to France in 2 weeks time for 2 weeks with no medical conditions. 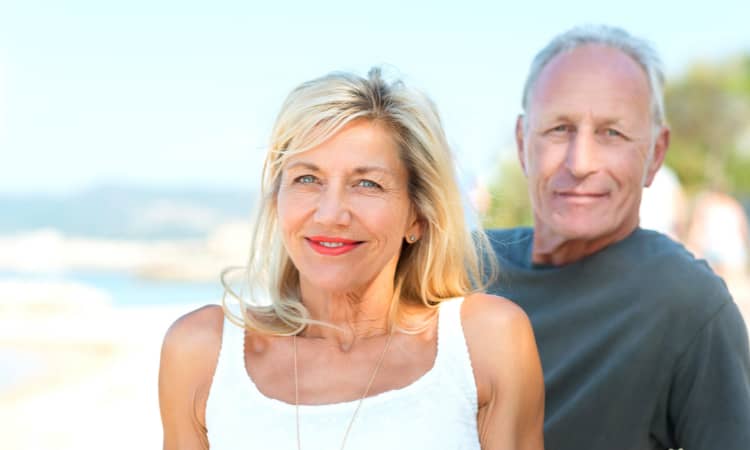 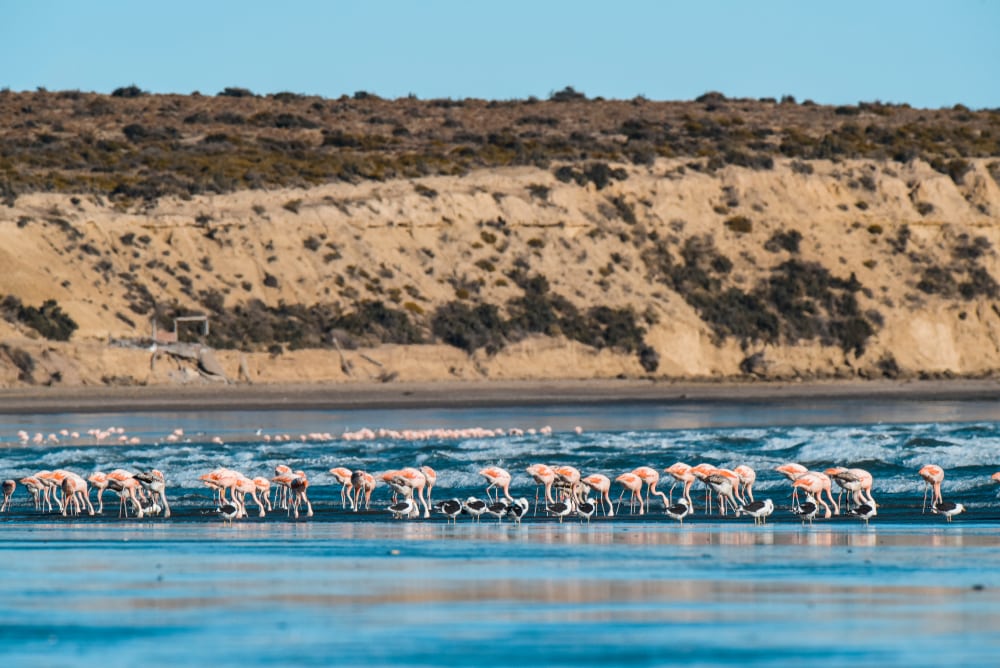 8 spooky destinations for a Halloween holiday 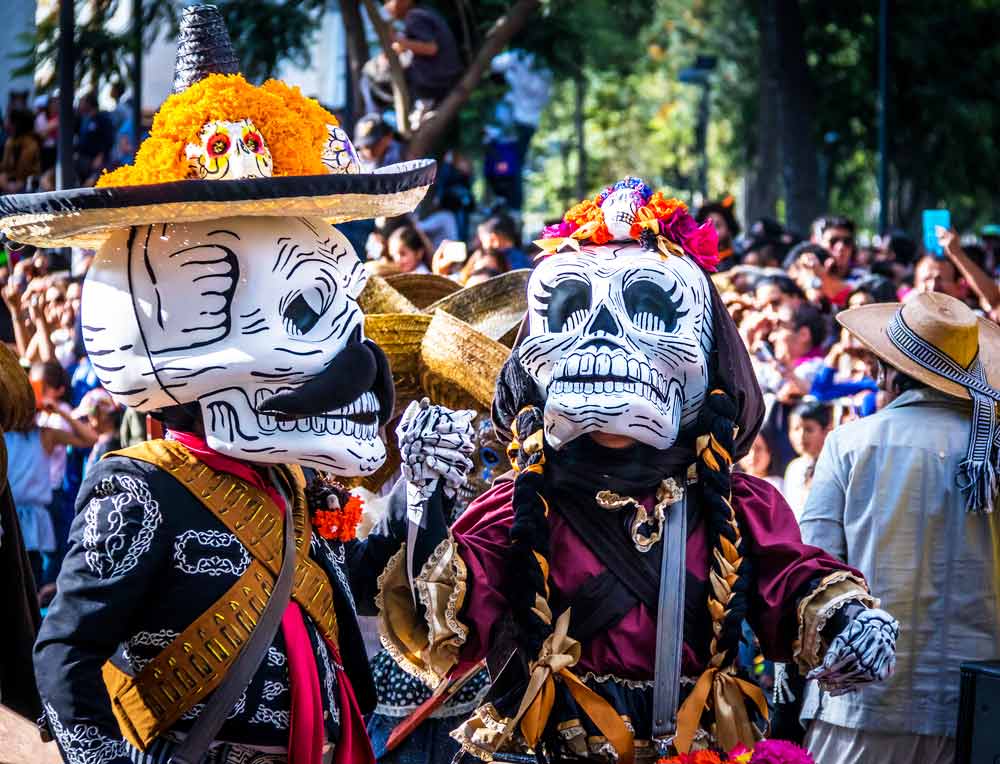